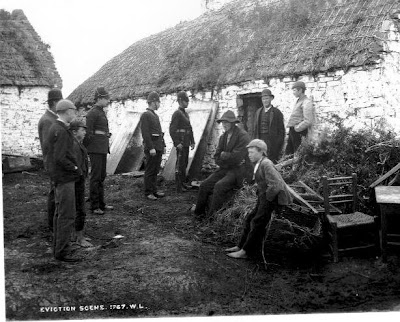 So I went to Ireland last month, and had a great time. Really interesting. The people were so awesome. And the country was really a surprise.


Since I was traveling with my hyper literate family we of course had like twenty books between us. I tried to read ULYSSES, again, and got through a couple big chunks of it. The inside-the-mind-of-a-woman part at the end being a lot of fun and extremely provocative for it's time I'm sure, and still kind of amazing now if a little confusing ... and actually, in my opinion, pornographic, despite the judge's opinion in the front of the book. Not that I object. I love stuff like this. When books can't tell you the truth about how people think what's the point. Zombie and Vampire fans, exempted of course. Nerds of all eras flee reality, it is their historical destiny, but I digress ....

Anyway, I tried a bunch of different books but got truly swept up in one nonfiction worked called PADDY'S LAMENT by Thomas Gallagher. An Irish American writer, not able to grasp why his countrymen hated the English so much, investigates the Potato Famine and the British role in it. Well he gets pretty pissed off as he does and this book is his pissed off near-rant against the brutal British gutting of Ireland. (see photo of farmers being thrown out of their houses and into the bogs)

Structurally a little weird, the drive of the book is the great descriptions of the actualities of what went on when the potato crop failed two years in a row and the British used it to genocidally reduce the Irish from being poor to being dead.

Anyway, I generally stay away from "righteous anger" books, but this one totally sucked me in, especially as we poked around Ireland and came to see how TOTALLY DIFFERENT the Irish are from the British. It is two different worlds. So that was my fave read in Ireland.
Posted by Blake Nelson at 6:29 PM No comments:

THE SONG REMAINS THE SAME 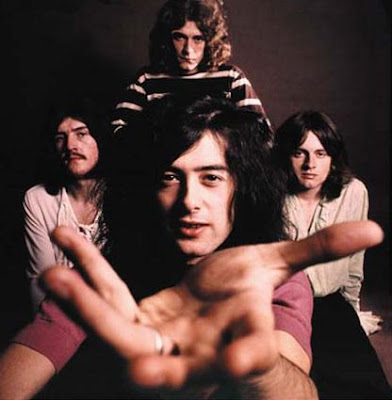 I'm reading this biography of Led Zeppelin this week called WHEN GIANTS ROAMED THE EARTH. It's I guess what they call "exhaustive" since it just goes on forever about every little detail of everything, which I like, and even has these weird interludes where the author creates "fictional flashbacks" wherein various people featured in the book are taken back through their life stories. All of these interludes have the same, "Those sods you knew in your early days, they never knew what you were capable of, but you knew ..." It is a very odd device and I find it kind of fascinating as a writer, because you really shouldn't be able to do that, especially if you are giving everybody the same resentment-based perspective, but in another way, it kind of works and nicely breaks up the story. So funny too, Zep was one of my favorite bands in highschool but was usually put down by my frieds as being kind of lower class, metal type music. They all preferred The Stones and the Dead and crap like that. Which I liked too but I ALWAYS knew that zeppelin was by far the most accomplished band musically, which is what is so fun about reading this book. They really were that good. They were like frickin' Beethoven or something. So now I'm listening to all their records again and getting these weird junior high school flashbacks (white bellbottoms and feathered hair), yes I am that old. And also thinking about the very short life-spans of even the greatest bands. By the time Zep was done the guys were barely thirty!!! What the hell did they do with the rest of their lives. Garden, I guess. That's what Voltaire advised at the end of Candide.....
Posted by Blake Nelson at 8:31 PM 1 comment: