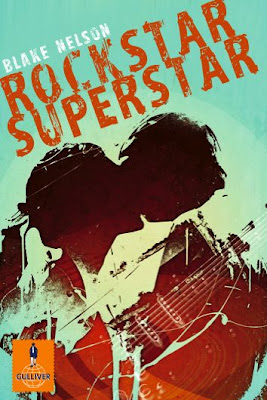 Generally when I sell stuff in foreign markets I never really know much about what happens. I get these long threads of emails that go through several agents in various locations that conclude with my American agent saying: "I think we should take this."

And so we do, even though I don't really have any idea who exactly is going to do it, or who will translate it or what it will look like.

Then a weird contract shows up that is badly translated and has some weird local dialectical flavor to it. Or it's for some large looking amount of money that turns out to be not much money at all. (Or the reverse: it looks like a relatively small amount of Euros, which then, once you calculate the exchange rate, is actually a nice little chunk of change.)

Anyway, so today I got a really nice note from my German editor at Beltz (who have done a bunch of my books now, starting with GIRL. "Cool Girl" they called it.) Oh my god, I thought, an actual person! He sent along the cover of the forthcoming German edition of ROCKSTAR SUPERSTAR.

And so I wrote back to him and told him how as a student in Berlin, I would spend hours at the bookshops checking out the awesome German Editions of all my favorite authors: Bukowski, Kerouac, Tom Wolfe, etc.

I used to be amazed at how the German Shops seemed to ONLY carry my favorite authors. No crap here. And if it was something I didn't know (like Musil's THE MAN WITHOUT QUALITIES) I could pretty much know that I needed to read it. Sometimes I would even BUY it and read it right there.

The Germans had amazing taste. Or at least the Berlin Bookshops did. Of course that was in the days when the wall was still up, and Berlin was this brave little island of artsy coolness, in the then-dangerous East Bloc ...

Anyway, all I was meaning to say, was how it really is such an honor to get published in cool places. You know you are in excellent company.
Posted by Blake Nelson at 12:48 AM No comments: 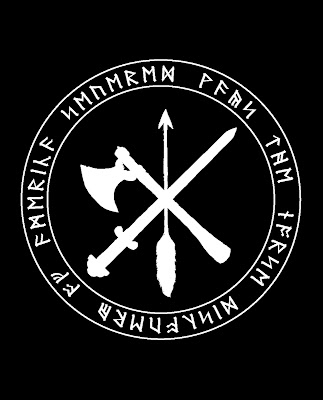 I just saw the best movie. SEVERED WAYS: THE NORSE DISCOVERY OF AMERICA. I don't recommend it though. I can't think of who I would recommend it to. Film students. 19 year olds. People who are smoking pot. It is too weird. But it is absolutely perfect for what it is.

What it is: it is a mumblecore Herzogian black metal prose poem of what it would be like to be alone with a sword and an ax in eleventh century Massachussettes. It is also funny! And brutal. It is so weird and 70s like but also totally up to date and also funny! I don't know how to describe it. Nothing happens. These guys just wander around in the woods. It is beautiful.

The thing I thought as I watched it is: this is the kind of crazy genius shit people do when they are making their first movie, writing their first novel, making their first album. There is weird genius in every scene. And none of the flaws hurt it at all. And there are lots of flaws. But you feel the sparkling energy of "beginnerness" all through it. And an unexpected historical intelligence--that you never see in American film--slipped in almost as an after thought. 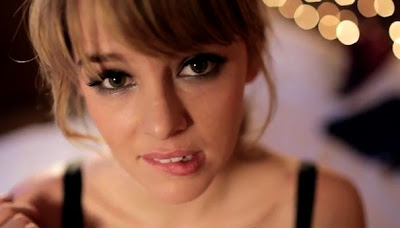 I'm in New York this week and sort of freaking out how awesome it is. And how well dressed everyone is. And how smart. Like on the local Sports Radio, they let the callers talk and the callers always say something intelligent. And then the host talks and he says something intelligent. Or on the street, nobody takes any shit from anybody else, but instead of this resulting in fights, it results in serious conversations which improve all concerned.

In NY men are flexible. Women are shrewd. People know what to do in difficult situations. Almost nobody is stupid. The general excellence of everyone keeps everyone's ego in check. The few people who are genuinely "slow" or overwhelmed, do the sensible thing, they read the bible on the subway and people don't bother them.

Today I saw Michael Musto wearing a zoot-suit and riding his bicycle up Seventh Ave. Today I saw Liv Tyler and her mother chatting with a classy grey haired paparazza. Today I had coffee with Susan Colasanti who is fast becoming the break out star of YA literature. (she's the next Sarah Dessen.) Today I went to my favorite Buddhist meeting and talked to my favorite teacher, who is going to Brazil next week to help open a temple. Today I missed Lauren Cerand's event at Barnes and Noble and blew my chance to hang with Nick Hornby. Today I got caught in the rain and later had to run through Grand Central Station which is my favorite vortex in the universe, and I ran to the train, and just caught it and had to sit with all the Cheever people, who are all handsome and serious and have iPads or read the Wall Street Journal. Awesome NY day.
Posted by Blake Nelson at 9:42 PM 1 comment: 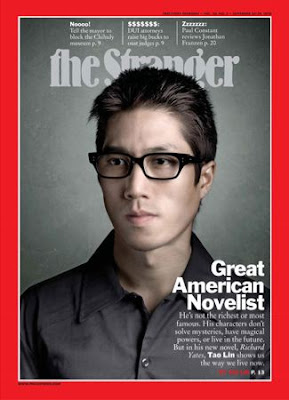 I am thoroughly enjoying the total blow up of 27 year old author Tao Lin. His books are awesome. He's funny as shit. He takes the piss out of everything. I caught his reading at Santa Monica BARNES AND NOBLE for which four people showed up. (Santa Monica is an old folks home, really...) He did his robot voice answer thing. It was great.

But like in all situations where some cool obscure thing bursts out into the mainstream, you kind of lose your personal stake in it when it reaches a certain level. It stops being something you can excitedly tell your friends about. They already know. They already have their opinions. When other people mention it, you just have to stand there.

Tao Lin is really a singular talent though. And it's funny to watch the mainstream media make asses of themselves trying to fend him off. Charles Boch's silly review of Lin's new book in the NYTIMES confirms yet again, how the Establishment can never really deal when something genuinely fresh and interesting pops up. Josh Ferris they can deal with. The weird Asian bro who talks like a robot, not so much.

Also, for me, I like how Tao Lin is just more genuinely outside of things. Like I love Sam Lipsyte too, they have some things in common. But Lipsyte's somehow more "in" the lit world. He's kind of part of it. It must suck for him, he probably thought, "I'm the most off beat dude on the block". But alas, he's been outflanked!

Someday, Tao Lin might get outflanked too, but right at the moment, he is in a zone. He can do no wrong. Even his worst robot mumblings seem fascinating. Which makes it fun for all the rest of us writers too. It is like a fresh breeze has blown through the whole writing world.
Posted by Blake Nelson at 3:17 PM 1 comment: