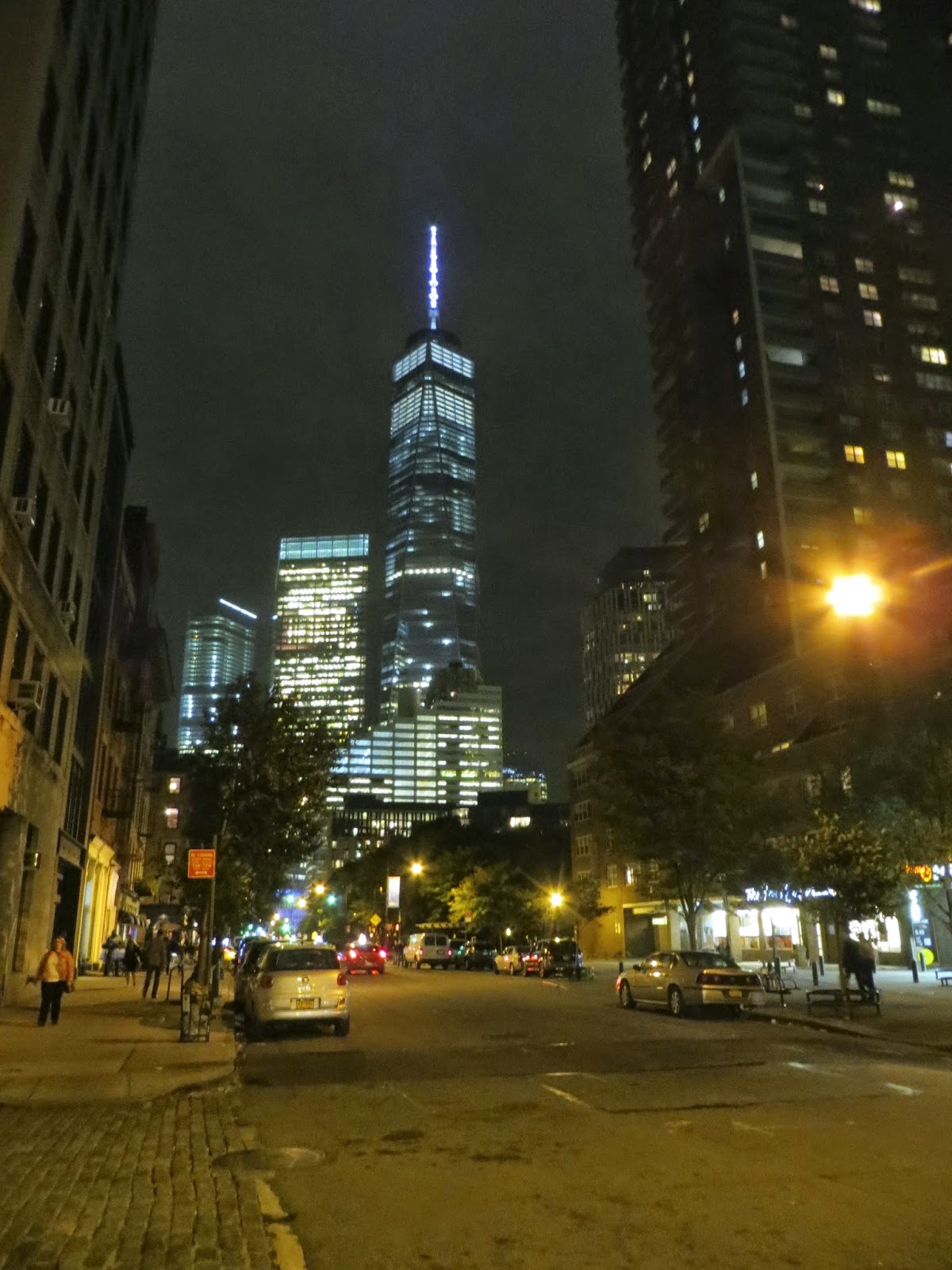 Got to visit my favorite city in the world this week.  Despite the fact that in it's latest incarnation it appears to be one giant continuous restaurant, New York still has it's quiet spots, its gothic charm, its ghosts of greatness.   Even the "Freedom Tower"---which I'll never be able to say with a straight face---has grown on me.

Posted by Blake Nelson at 10:54 AM No comments: 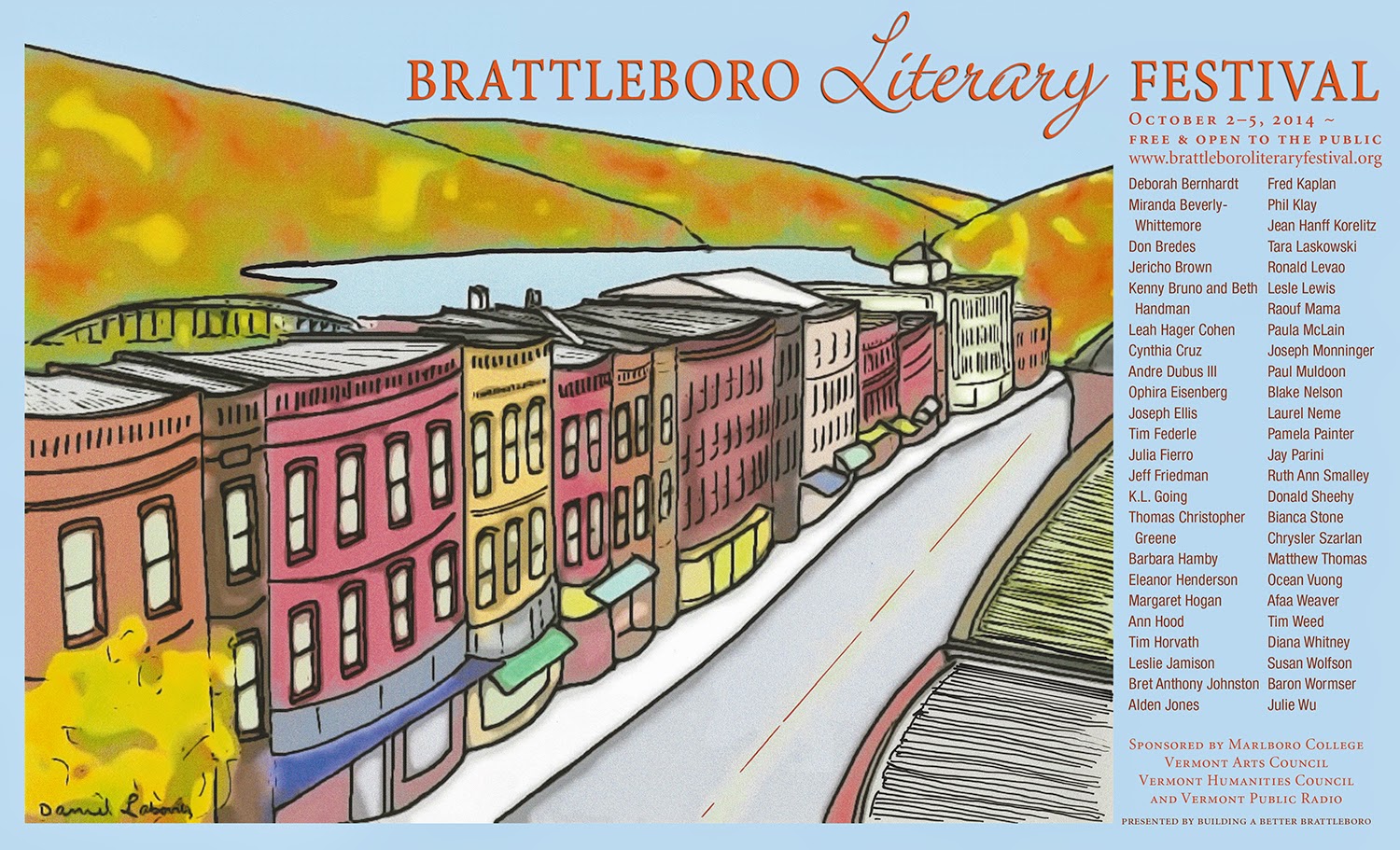 Heading up to Brattleboro this weekend (October 3-4).  Can't wait!

Posted by Blake Nelson at 2:08 PM No comments: 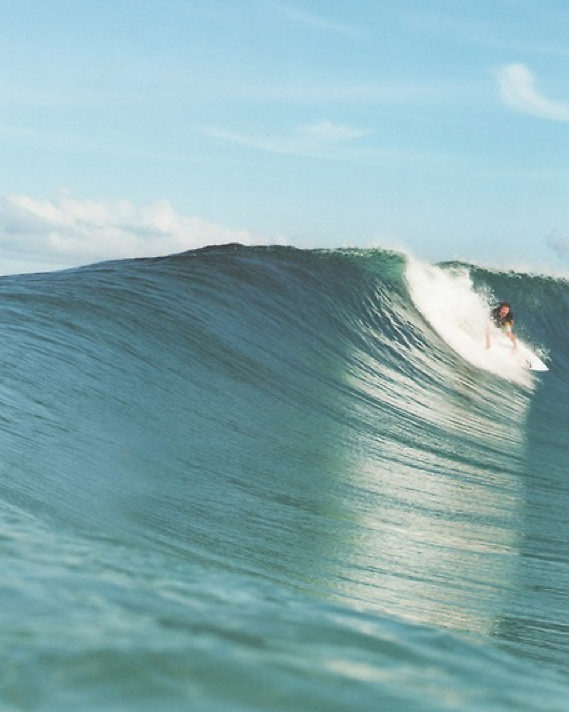 One of a couple rejected photo possibilities for THE PRINCE OF VENICE BEACH.  Once you realize how many cool surfing pics there are in the world, it makes it hard to choose!

Posted by Blake Nelson at 2:59 PM No comments: 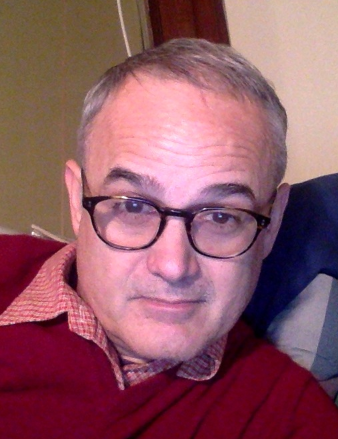 Blake Nelson Answers Questions from this is teen Facebook Fans

Rachel Geyer asked:  Is there a specific procedure you go through to write a book? Do you need to write in a specific place or is anywhere just fine?

Blake Nelson answered: I can write anywhere.  But I have written many of my best books at my parents house, out in the woods in Oregon.  That’s where I wrote RECOVERY ROAD.  It is very relaxing there.   And quiet.  And I can shoot baskets in the driveway if I get stuck.

Lauren Whitby asked: When you wrote Girl: A Novel was it hard to write in a teenage girls perspective?

Blake Nelson answered: No, it has always come pretty easy to me.   Check out this short essay I wrote about that at figment.com:  http://blog.figment.com/2011/03/14/how-to-write-like-a-girl-by-blake-nelson/

Chelsea Hogan asked: I ♥ your books!!! Girl and Rockstar Super Star are my favorites, mostly for their common themes of love and music. How do you know so much about music? Were you ever in a band? What kind of music do you like to listen to now?

Blake Nelson answered: Thank you for that awesome question Ms. Hogan.  I was in bands for most of my teens and twenties, and that’s where I really got in touch with my creative side and learned how to write songs and how to develop original ideas and things like that.   I owe my writing career to my music career, I always think.  I would have stayed a musician but I wanted to do something that I could pursue my whole life and not just when I was young, so I chose to be a writer.

Elizabeth Keaney asked: I ♥ your books too!! Well, I've read Girl and Recovery Road...anyway, not only do you capture the female voice amazingly (and differently--Maddie & Andrea?? Awesome!) but you also deliver the reader a mostly intact heroine/protagonist at the end....have you ever thought of giving your main character a more "tragic" or unhappy ending? Perhaps instead of going "back east" for college, they end up like Cybil or Trish?

Blake Nelson answered: Oh yes, I just finished a new book where everybody dies at the end.  So sometimes I do that.  But I like endings where there’s hope too, especially since—like in RECOVERY ROAD—the person goes through such a tough time throughout the story.

Alexis Matusiewicz asked: You've been writing YA fiction for (at least) 2 generations of teenagers. What would you say are the common themes/ elements in your writing over this period of time? What kinds of "generational" changes have you made?

Blake Nelson answered:  I haven’t changed too much.   Most of my main characters are pretty much the same.  They think about things and try to figure out how to function in a world that they are just starting to figure out.   It’s the secondary characters that have probably changed a bit.   In the 90s my secondary characters tended to be partiers and were often pretty superficial and I tried to have fun with that.   Now they are often nerdy or over-parented and I try to have fun with that too.

Alexis Matusiewicz asked:  Also, the movie version of Paranoid Park was one of the best book-to-film adaptations I've ever seen. Which of your books would you like to see made into a film? Who would you want to star or direct? What is it like to put your story and characters in another person's hands?

Blake Nelson answered:  My favorite role, and the one I would like to star in myself, is the guy in the old 50s teen movies who is wearing a white lab coat and nerd glasses and has a clipboard and is on the beach interviewing the surfers about their lifestyle and the strange language they speak.   “Like what exactly does “far out” mean?’   That’s what I have become, some weird anthropologist.   But whatever.  I always thought those lab coat guys were cool.

Matthew Pollack asked: I feel like your books have been unfairly pigeon-holed as YA. I read Girl on a recommendation and felt like it could have enjoyed much broader appeal. When you first wrote it, did you set out to write YA fiction, or was it a marketing decision from the publisher? Do you ever regret not packaging your books differently?

Blake Nelson answered:  GIRL was always a weird case because it sort of fit perfectly between the two genres … at first it was published as an adult book and a lot of teenagers read it, because in those days, that’s what teens did who were a little more mature and didn’t want to read more tame YA books.   Now it is the opposite!  Grownups read YA books because they like the more plot oriented (and shorter) and just generally more wholesome and fun YA books.   I don’t care what category my books go into really.   I love writing about young people.  So whatever the publishers think is the best way to do that is fine with me.

Loreen Gilligan Coldrick asked: Have you decided what your next book will be about? Do you only work on one book at a time, or do you have several going at once?

Blake Nelson answered:  I usually just work one at a time.  Sometimes I will put things away and let them percolate for a couple months.  I did one book that I put away and dug back out over a year later, and it was still pretty good.   But letting a book “rest” is sometimes the best thing.

Elizabeth Newbold asked: Are any of the characters in your books supposed to be you? If so, who?

Blake Nelson answered:  All the characters in all my books are me, to some extent.   I think you have to relate to every character in some way.  Sometimes in thrillers or genre books, I can tell when a character is just out of left field and has no actual reality.   I usually figure the author could not a find a way to relate to that character.  And you can tell.

Elizabeth Newbold asked: Also, I'm reading "they came from below" right now. I'm interested to know where you got the idea for the book. I love environmental books that discuss the issue through the use of a story. What inspired you to write this book?

Blake Nelson answered:  That was based just on this one idea:  we always think aliens will come from outer space, what if they came from the bottom of the ocean?  All the other stuff just came from readings I was doing at the time.   Mainly Bill McKibbens, THE END OF NATURE, and a lot of Buddhist stuff I was reading at the time….. It definitely needed that heavier stuff in it, I don’t think just aliens from the bottom of the ocean would have been that interesting by itself.


Thanks again to everyone who submitted questions. Don’t forget to Like this is teen on Facebook, and get your friends to do the same. We’ve got many more author chats planned! 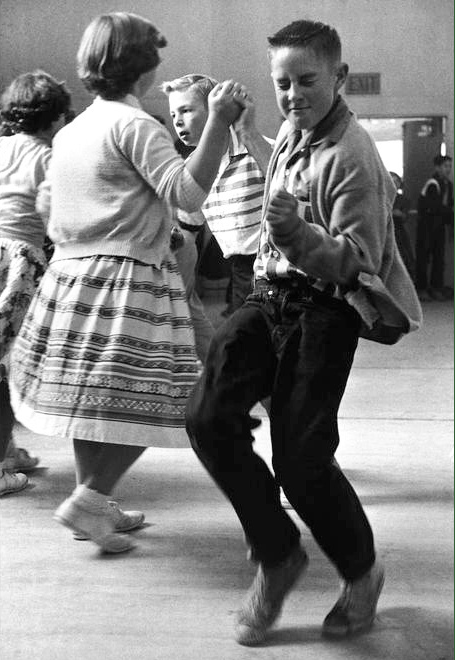 Posted by Blake Nelson at 12:50 AM No comments: