The Prime of Miss Jeane Brodie 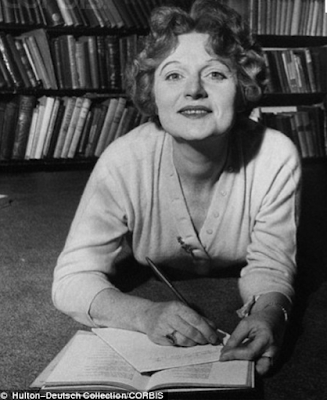 Oh my god, I just found my new favorite older (ish) writer, that I should have read before, but somehow missed.

Why do I not pay more attention to UK writers? JUST LIKE WITH MUSIC, whatever we're doing, they do better.

After one page of Miss Jean Brodie, I felt like I had found my new best friend. Oh I can't wait to slowly read this book.

In other news I have an excerpt from DESTROY ALL CAR at the awesome website io9.com, which is a lot of smart, funny science stuff, (like check this crazy Indian Terminator out here).
Posted by Blake Nelson at 10:34 PM 3 comments:

DESTROY ALL CARS: Sneaking up behind you in bookstores in February ! 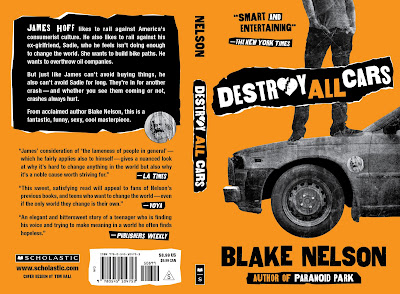 Check it out at Amazon
Posted by Blake Nelson at 10:39 AM 2 comments: 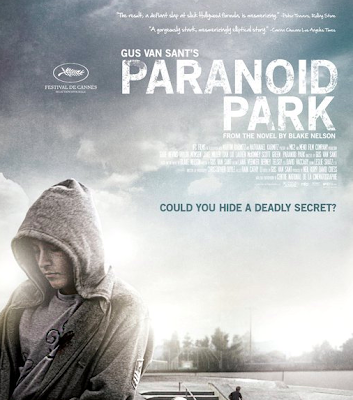 Posted by Blake Nelson at 10:21 PM No comments: 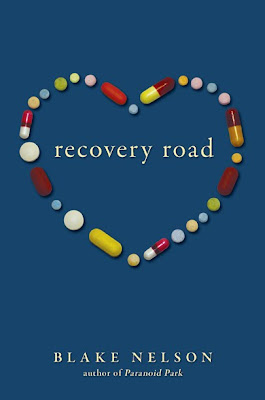 Recovery Road
Blake Nelson, Scholastic Press, $17.99 (320p) ISBN 978-0-545-10729-7
Nelson offers another sharply focused portrait of a teen in crisis in this story of ex-party girl Maddie, who struggles to renew herself after being released from a rehab center. At Spring Meadow, Maddie's best moments come during her fleeting romance with another young patient, Stewart. After returning home, 16-year-old Maddie counts the days until Stewart's release, hoping they can take up where they left off. Meanwhile, she battles loneliness and isolation at her high school where her earlier drunken escapades earned her the nickname "Mad Dog Maddie," and her old friends pressure her to start using again. "It's so weird being straight," Maddie thinks. "You have no defenses. Shit happens and you have to feel it." Predictably, reuniting with Stewart isn't the answer to Maddie's problems, and tension rises as both teens' resolve to stay sober shows signs of weakening. Nelson (Destroy All Cars) gives a hard, honest appraisal of addiction, its often-fatal consequences, and the high probability of relapse. This is an important story that pulls no punches. Ages 13–18. (Mar.)

Check it at Amazon
Posted by Blake Nelson at 9:38 AM No comments: 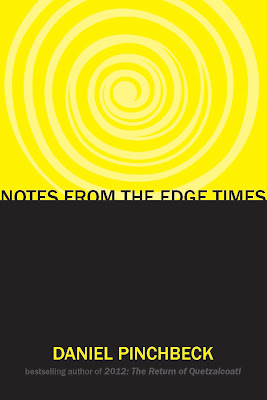 Very excited to have scored an advance copy of Daniel Pinchbeck's latest. Was re-reading his first book BREAKING OPEN THE HEAD which is one of my favorite books of the last decade. BREAKING is about Daniel's adventures going to the Amazon and other places and going through various rituals involving hallucinatory herbs, shamanic initiations, etc. But it is more a survey of the whole world of alternative reality and is on a level with Aldous Huxley's works and Terrence McKenna, and people like that. Just really interesting and insightful and like an oasis of intelligent thought on things a little outside our blinder limited normal lives ....

My book THEY CAME FROM BELOW, was based on a lot of these ideas. (And is finally coming out in paperback it looks like, this summer!)
Posted by Blake Nelson at 8:11 PM 1 comment: